Is Nepal a Part of India or Was it ever?

Is Nepal a State or Part of India?

No, Nepal is an Independent Country in Southern-Eastern Asia Sharing its International Borders with India, China, and Bhutan.

Currently, Nepal is a Democratic Country, in the past, it was never a colony of any country including British and British-India.

Do you need a Passport/Visa to visit Nepal?

The Government of both Countries has tied up to share free borders, as both the countries are part of each other's culture.

Recommended Read :
What makes India and Nepal Similar and Different

Was Nepal ever been a part of India?

Modern Nepal was never a part of India, In fact, in the past Nepal was not even a single country.

Yes, Nepal was Divided among several kingdoms and lands, Similar to India which was Divided into thousand of different kingdoms until 1947.

Was Nepal a part of India?

Nepal as a whole country was never a part of Modern as well as Medival India, But Some Texts and Facts suggest that some of or maybe a lot of Modern-day Nepal were a Part Historic kingdoms of India. 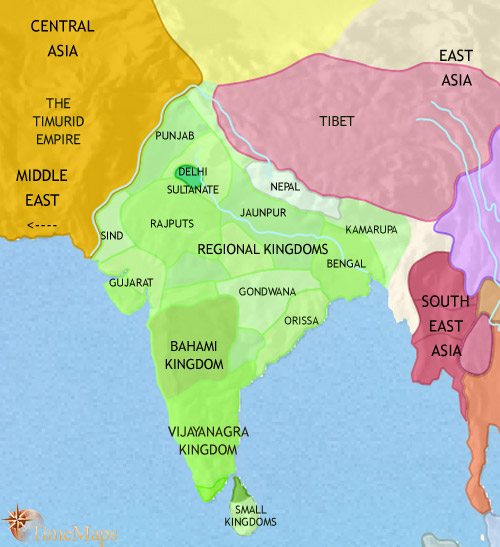 Ashoka built Lumbini Piller during 3rd BCE and Expanded the Buddhism Current Easter India and Nepal, which means that during Maurya Empire, at least Some part of Current Nepal was under Bharatwarsh. 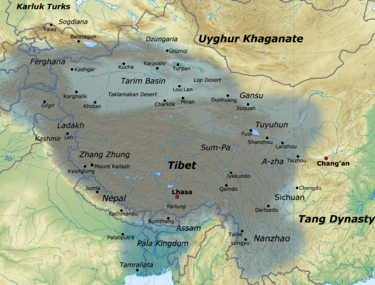 And rest part was under Tibet Empire. [ Above Image is Reference to Tibet Empire, in Medival Era | Source- Wikipedia.]

In 19th Century Nepal was United as a Country to defend itself from Britishers, and Today's Nepal was FIrst Formed, Nepal was never colonized by britishers but was used as the mediator between East India Company and China trade.

After Many Result-less Wars between Britishers and Nepal, In 1925 a Treaty was signed between Nepal and Britishers which Declared Nepal as a Country and Agreed that Britishers will never attack or colonized Nepal.

Get the Latest updates directly into Your Mail-Box related to India-Nepal! We share Guides, Questions and Much More Every Week.

IndiatoNepal.com is all about India and Nepal, Tour-Travel Guides, Updates and More!, We are a bunch of travel enthusiasts who love to travel all around India and Nepal.

Get the Latest updates directly into Your Mail-Box related to India-Nepal! We share Guides, Questions and Much More Every Week.